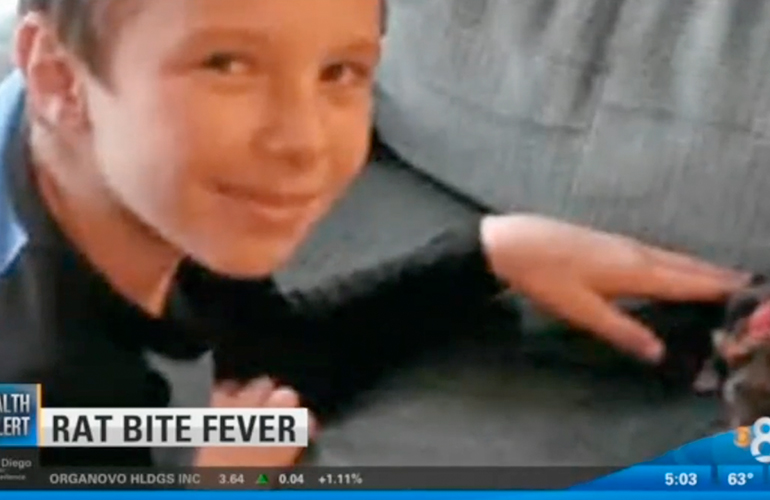 SAN DIEGO (CBS 8) – A judged ruled against San Diego company Petco in a case involving a ten-year old boy who died after being bitten by his pet rat that was purchased from the store.

Aidan Pankey died in 2013, due to ratbite fever. He contracted the disease from handling his pet rat, Alex.

His grandmother purchased Alex from a Carmel Mountain Petco store, but after 17 days of purchasing the rat, Aidan became sick – having flu-like symptoms.

Doctors, believing it was only a flu, sent Aidan home. He died the next day.

“For the longest time my last prayer of thought before going to bed was please don’t wake up and every morning I would. I would be upset about it and I would go about my day,” said Aiden’s father, Andrew Pankey.

Pankey sued Petco alleging it sold the family an infected rat, but Petco argued that because rats are living beings the company does not have a duty to make sure they are free of disease.

A judge, however, sided with Aidan’s family – ruling pets from stores are products.

“What that means is pet stores will have a greater responsibility to make sure they are not selling animals that carry diseases that can hurt people,” said the family’s attorney, Bibi Fell.

The ruling is the first of its kind in California – making it easier for Pankey to win in court.

“I’m fighting this case to protect some children because I don’t want this to happen to another family. I still talk to him [Aidan], tell him I love him – that daddy is not going give up,” said Aidan’s father.

The civil trial is scheduled to begin March 24th.