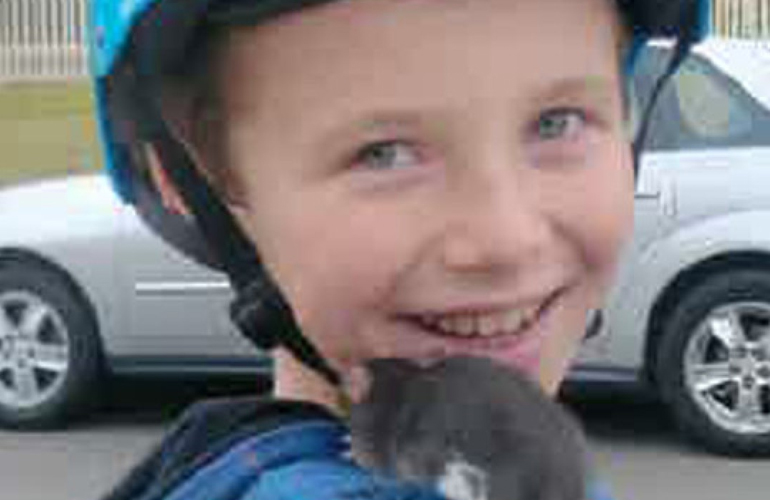 In May 2013, Aidan Pankey left a Petco store in San Diego with his grandma and a new pet rat, which he named Alex. Two weeks later, the 10-year-old boy began feeling sick, complaining of an upset stomach, fever, and chills, but a doctor diagnosed him with the flu and sent the boy home with instructions to rest and drink plenty of fluids. The next night, Aidan’s pain and fever grew worse. He grew pale and lethargic and couldn’t stand on his feet, according to the San Diego Union-Tribune.

By the time his family called paramedics, who transported the boy to the emergency room, it was too late; Aidan sadly died early the next morning. The cause of death was ruled to be streptobacillus moniliformis infection—also known as rat bite fever. The Centers for Disease Control and Prevention later confirmed that Aidan’s rat was infected with the deadly bacteria, reported WSBTV. While there’s no evidence Aidan was bitten, the disease can also be transmitted just by handling a rodent that carries it, the CDC reports.

The Pankey family is suing Petco with the claim that the company failed to protect customers from potentially dangerous pets. In the civil trial that began March 29, the family’s attorney, Bibianne Fell, questioned whether Aidan’s rat should have been tested for disease before the sale, whether Petco sufficiently warned customers about the disease, and whether Petco was aware of other cases of rat bite fever at the store where Aidan’s rat was bought, according to WSBTV. At least two other cases of the disease stemming from Petco rats have been reported in San Diego County, she said.

“[Petco] had knowledge that its customers were contracting rat bite fever from those rats and getting very, very sick,” Fell said, according to the San Diego Union-Tribune. “Petco knew at this time that rat bite fever causes death and did not put it in the warnings.”

The warnings she references are in a form that customers are given at the time of purchase that describes how to take care of the animal, according to the San-Diego Union-Tribune. It also includes an alert about rat bite fever, and states, “I release Petco from any and all responsibility related to illness, injury, or damage that may occur from exposure to my pet,” reported ABC10 News. The document, which Aidan’s grandmother signed, doesn’t indicate that the disease can spread from just touching the rat.

Petco released a statement offering condolences to the Pankey family, which reads: “The health and safety of people and pets is always a top priority. We take the family’s concerns very seriously,” according to NBC San Diego. However, attorneys for Petco and its supplier, Barney’s Pet Supply, argued that any pet comes with dangers and that it’s impossible for them to test every rat they sell for the disease. Between 2001 and 2013, Petco sold 5 million rats, and in that time, there were 16 claims for which every person got treatment and recovered, Petco attorney Kimberly Oberrecht said, according to ABC10 News.

“There is no way to prevent rat bite fever in these rats that are sold, and it’s been this way for a very long time,” the attorney told the jury.

As the trial continues, our hearts go out to the Pankey family for their terrible loss.