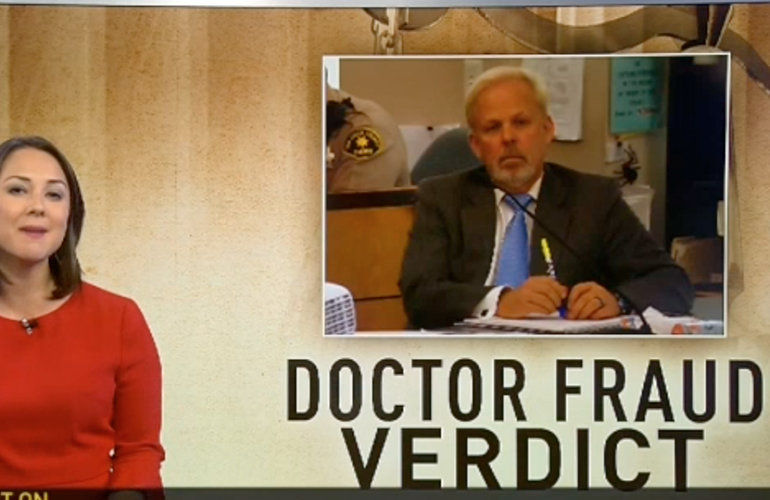 A self-proclaimed cancer expert convicted of practicing medicine without a license now faces a $105 million verdict in a civil lawsuit brought by a former patient with a terminal illness.

Young is the author of “The pH Miracle” and other best-selling books that promote an alternative theory of cancer and other serious diseases.

During the five-day trial, Kali testified that Young promised to cure her breast cancer without surgery, chemotherapy or radiation.

Kali said she continued to believe Young’s theory that cleansing her blood and avoiding sugars would defeat the tumor, even as it grew.

But when cancer spread to her bones in 2013, Kali told the jury she panicked and sought out a medical oncologist for traditional cancer treatments.

She also sued Young for fraud and personal injury.

Kali’s attorney, Bibi Fell of Gomez Trial Attorneys, told jurors that Young is a “fraud … . He is greedy. He is selfish. I think he’s a narcissist, and he values his own glory more than he values the lives of other human beings.”

After deliberating just three hours, the jury on Wednesday awarded Kali $1 million for medical expenses and $89.5 million for past and future pain and suffering. In addition, the jury hit Young with $15 million in punitive damages.

“I hope that this sends him the message that he will not be able to profit off of hurting other people,” Fell said.

Kali’s doctor said she has a life expectancy of four years, but Kali, who has four children, said she’s optimistic that chemotherapy and other treatments will save her life.

She also offered advice for other patients: “I think they need to be really leery of any alternative practitioner that is claiming they can cure your cancer.”

Young said the jury verdict is “outrageous, and not supported by the evidence” and promised to appeal the judgment.

He also said Kali knew he is was not a medical doctor and was always free to seek conventional treatment for her cancer.

Young is serving a three-year, eight-month sentence for practicing medicine without a license.