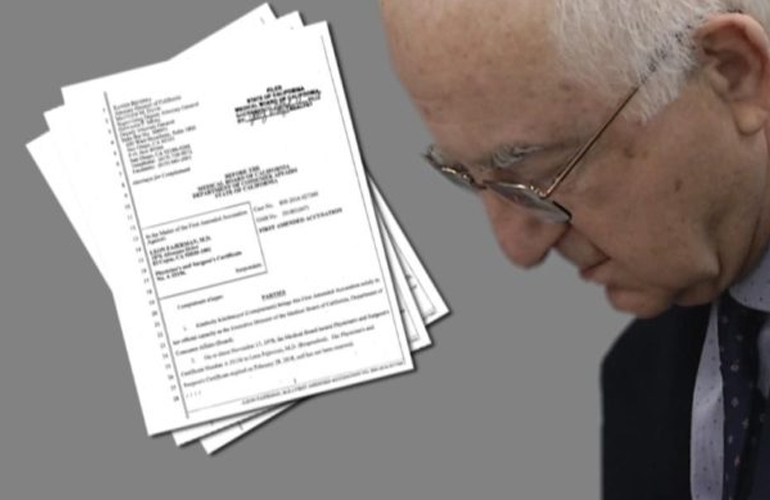 One of San Diego County’s largest health clinics is facing allegations that it failed to prevent a South Bay psychiatrist from sexually abusing female patients.

NBC 7 Investigates has been reporting on patient complaints about Dr. Leon Fajerman since July 2017.

“This will help, hopefully, put a stop to any other doctors or psychiatrists who decide to do this with their patient,” former Fajerman patient Linda Sanchez said.

Sanchez said she was repeatedly groped and sexually assaulted by Doctor Fajerman from May to July 2017.

After Sanchez first told NBC 7 Investigates her story last year, using her name and showing her face, other women came forward with similar allegations against the South Bay psychiatrist.

“It will empower women to speak up and not be ashamed and just tell their story, just let somebody know,” Sanchez said.

“With the number of victims, and what we believe to be the number of years that Dr. Fajerman was doing this to his patients, it should have gotten noticed,” Sanchez’s attorney, Bibi Fell, told NBC 7 Investigates.

In the lawsuit, filed on July 1 in federal court, Fell and her client claim a San Ysidro Health Clinic nurse saw Fajerman hug and grope Sanchez, but did not report that alleged abuse.

“They absolutely have an obligation to say something, to do something about it, and to take their patient out of harm’s way,” Fell said.

The U.S. Attorney’s office in San Diego, which will defend the Clinic and taxpayers, who would be liable for any damages, declined to comment on the lawsuit.

Sanchez hopes that by speaking out and pursuing legal action, her story will empower other women to tell their story.

“Don’t put your head in the ground and think that you know, this is going to go away because it doesn’t go away. It just gets progressively worse,” Sanchez said.